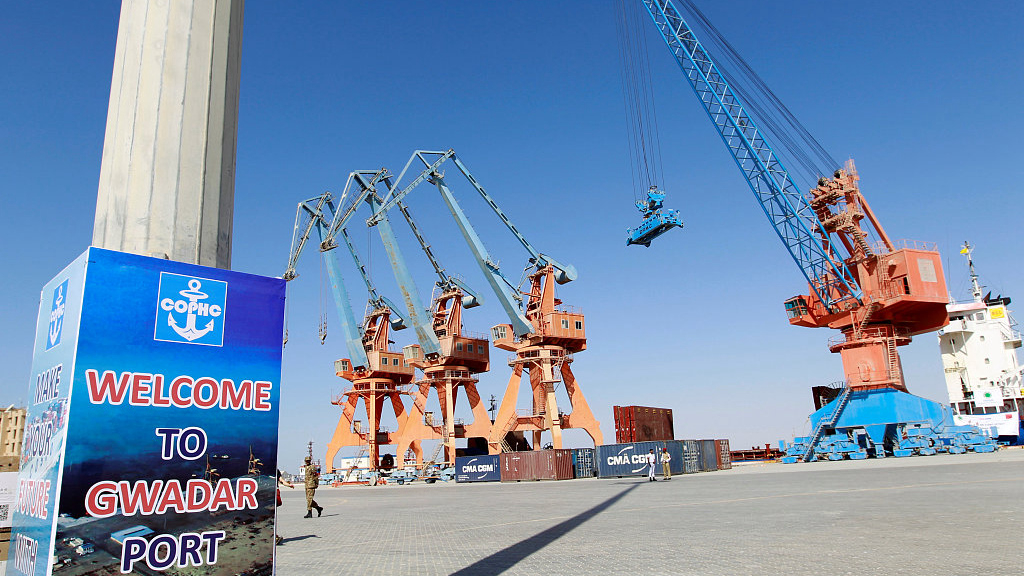 Prime Minister of Pakistan Imran Khan hailed from an affluent family background and spent most of his peak years in Australia and England, however his vision to pull millions out of poverty fascinated many Pakistanis and guide him through the top constitutional position in the country.

Khan is a great admirer of China, particularly the way Beijing lifted over 700 million people out of poverty. He has always extolled Chinese President Xi Jinping's provident Belt and Road Initiative (BRI) and its Pakistani limb China-Pakistan Economic Corridor (CPEC) that aims to enhance regional connectivity, shared growth, and deepen the bilateral relationship.

In November 2018, the former cricketer and chancellor of University of Bradford, an author, a philanthropist, and finally a politician made his pioneer trip to China and expressed his desire to learn from the Chinese poverty alleviation model. During his visit, both sides reviewed CPEC projects and uttered their satisfaction on its rapid progress.

Earlier this year, Khan again arrived in Beijing to participate in the the Second Belt and Road Forum for International Cooperation (BRF) and accentuated that the BRI was a model of partnership, connectivity, and shared prosperity.

Adding that Pakistan was amongst BRI's earliest and most enthusiastic proponents, Khan strongly endorsed the CPEC and said that the fate-changer project had critically plugged the energy and infrastructure gaps in the country.

Just before he was set to make his third journey to Beijing in less than a year, a systemic campaign was deliberately launched to malign China-Pakistan relations by spreading the forged news about slowing down of the CPEC by Pakistan to placate the U.S. or China had halted the CPEC headway over its frustration of corruption allegations.

While Pakistan straightforwardly rejected the reports that CPEC progress was decelerated after its alleged renewed engagements with the U.S. and IMF, Chinese ambassador to Pakistan Yao Jing derided the media reports stating that the CPEC was laid on solid foundation and "there is no slowdown in it."

Additionally, Prime Minister Khan forcefully toned down the libeled campaign by constituting a CPEC Authority that was purely meant for speeding up the CPEC-related activities in Pakistan.

The establishment of an exclusive authority followed another landmark decision that granted 23-year tax concessions to the Chinese operators of Gwadar port and its free zone.

The CPEC is undoubtedly the future of Pakistan, which has derived the largest foreign investment in the history of the country. While it is entering a new phase with a focus on socio-economic development, poverty alleviation, agricultural cooperation, and industrial development, which is Khan's ultimate China dream. Accusing Pakistan for putting brakes on the momentous project was categorically farcical.

Job creation and poverty mitigation were the vital promises Khan had made to his nation before becoming the prime minister of Pakistan. During his fierce election canvassing, he had frequently quoted China as his role model for eliminating poverty and creating employment opportunities in Pakistan.

So it was highly implausible for him to hold up the CPEC when it was getting into a phase where Khan could have actually realized his ambition.

Within the next seven years, Gwadar will provide roughly 47,000 jobs for the locals and would charm billions of U.S. dollars in investments whereas independent international organizations have already estimated that the CPEC could create hundreds of thousands of jobs in Pakistan by 2030.

There is no question of Pakistan suspending CPEC projects to appease U.S. either. In fact, Khan has repeatedly ruled out any doubts about Pakistan getting into the so-called Chinese "debt trap," being challenged to its sovereignty, and slowing down of the CPEC to appease the U.S.

When provoked in his recent conversation with Council on Foreign Relations (CFR) to speak up against the so-called Chinese "debt trap" and how Pakistan would "retain its full sovereignty" after allowing China to conduct the CPEC on such a large scale, Khan bluntly said when we rose into power, "China really helped us when we were right at the rock bottom."

During Khan's recently concluded tour to Beijing, Chinese President Xi Jinping rebranded the China-Pakistan relations "rock-solid and unbreakable" irrespective of regional and international environments. This was a renewed China's willingness to push the unique relationship between the two countries to new heights.

The Pakistan-China Joint Press Release, in which China reiterated that Kashmir issue is a dispute left from history and reciprocally Pakistan's reaffirmation that Hong Kong is China's internal matter and no country should intervene in internal affairs of China, tells how deeply the two nations are tied into an one-off and profound relationship.

Above all, Pakistan's emphasis that the CPEC was a transformational project, thorough assurance to the expeditious implementation of CPEC projects, bilaterally agreement to promote industrial and socio-economic development in the second phase of the CPEC, and underscoring the grant of various facilities to Gwadar port completely deactivated the vile campaign that strove to scar the shatterproof China-Pakistan relations and their common vision of the CPEC by pledging to speedily execute it into a high-quality demonstration project of the BRI.