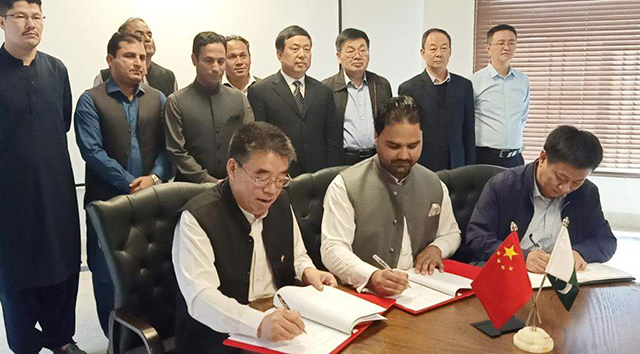 A delegation of People's Government of Pupong Municipality of Hunan Province of China called on Deputy Commissioner Gwadar, Captain (retd.) Muhammad Wasim. The DC Gwadar and Hanan province's delegation signed a Memorandum of Understanding (MoU) to strengthen cooperation between the two cities and boost relationship with better planning. The recent agreement was signed between the administration of two cities and Chinese Overseas Port Holding Company in the context of the Sister City Relationship agenda. Beijing has already inked the agreement on March 28, 2019, to expand the bilateral relations among two cities. A 'Pupong Gwadar and City Friendship Forest' would also be constructed by the Ari Pupong Municipal People's Government under the MoU.

The delegation was agreed to declare Gwadar and Pupong Sister City in 2006 and on March 28- 2019, Beijing had signed an agreement to promote relations between two cities on equal basis, saying MoU has been signed between Chinese Overseas Port Holding Company under Sister City Relationship.

"In which the Pupong Gwadar and City Friendship Forest will be constructed, construction and maintenance of project will be responsibility of Ari Pupong Municipal People's Government under MoU", the Chinese delegation said, saying for this purpose, all financial requirement would be paid to administration of Gwadar.

"While China Overseas Port Holding Company will fulfill its responsibility for designing and construction of Gwadar", the delegation said.