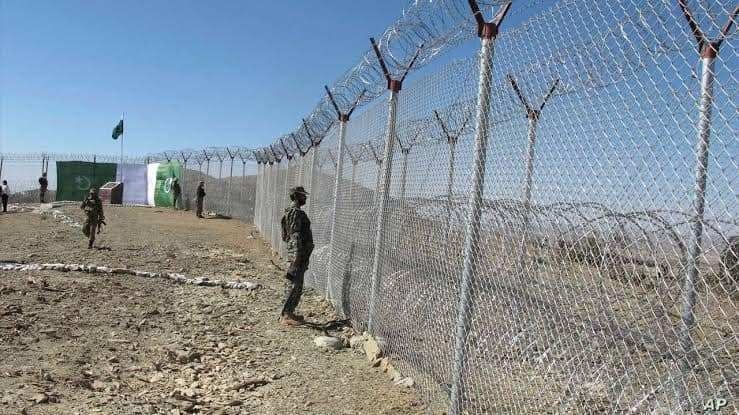 (Karachi) As part of security measures to protect belt and road projects from potential terrorist attacks, the work on Gwadar Fencing Project has finally kicked off under the Gwadar Smart Port City Master Plan 2017-2050, local media has reported.

As per details, barbed wires will be installed in phases in collaboration with the army, Makran Administration, Gwadar Development Authority, Gwadar Port Authority and Balochistan government.

In the initial stage, security fences are being installed around 15,000-acre land of Gwadar city. Three or four entry and exit points will be established to help regulate inflow and outflow of traffic and people in a befitting manner.

Commenting on the matter, Gwadar Port Authority (GPA) Chairman Naseer Khan Kashani said that the fencing project will change the security dynamics in Gwadar Port as well as Gwadar city, globally-famous as crown jewel of CPEC.

“It was a long proposed desire that has come true now,” he added. He said that the initiative to install fences will transform Gwadar and it will become safer and more secure.

Kashani maintained that one of the finest advantages of fencing Gwadar would be to help instil the sense of free movement. “Check post free area inside the fence lines would allow people walking and driving as per their own time and pace like as bird flying in sky,” he mentioned.

Meanwhile, GDA senior official said that Chinese nationals who are working on different projects in the area could not enjoy routine life in the streets and markets of Gwadar due to security issues. “Recent terror attack at private hotel in Gwadar had further limited their foot movement,” he added.

“They deserve a normal life free from all sorts of threats. After rigorous work, they need to go for outing and cherishing marvelous walk at boisterous beaches of Gwadar," the official stated.

Balochistan lawyers have claimed that the decision to fence Gwadar is a conspiracy against the province and its people. They said the decision will be challenged in the Balochistan High Court and province-wide strikes will be held too.

The legal fraternity stated that people in the port city don't have access to clean drinking water yet funds are being spent on fencing the city.

Similarly, Senator Mir Kabir Mohammad Shahi spoke against the fencing, saying a fence is being erected around Gwadar in the name of the Safe City project. This is a conspiracy to separate Gwadar from Balochistan, he said.