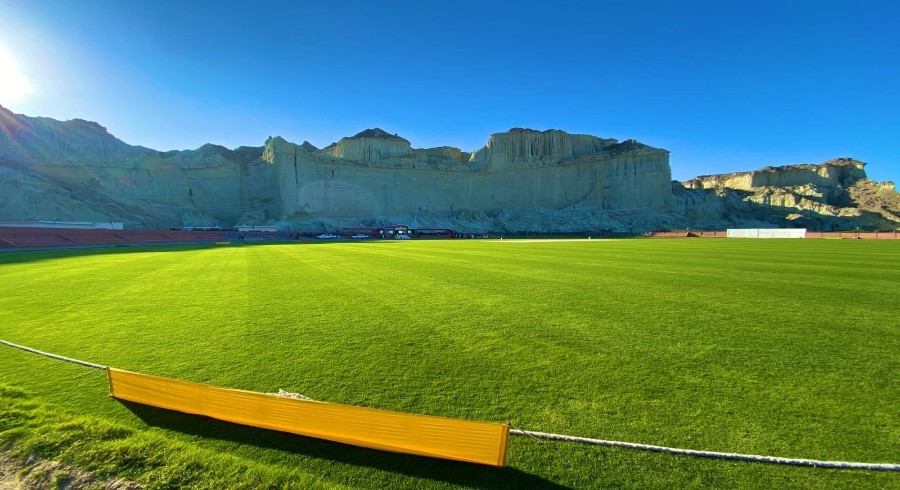 The International Cricket Council’s (ICC) social media account on Twitter, in a tweet on Sunday, challenged their followers to name a venue more picturesque than the beautiful new stadium in the city of Gwadar in Pakistan.

The tweet came on the heels of a Twitter trend where fans were gushing over the beauty of the newly created stadium in the Balochistan province of Pakistan.

“Show us a more picturesque sports venue than the Gwadar cricket stadium in Balochistan. We’ll wait…”

The ground is surrounded by natural hills and provides a unique presence for the ground. The picture has left many in awe as Pakistanis are being exposed to areas that were otherwise inaccessible before, due to the security situation of the country.

A ground in Chitral had also become a viral hit in Pakistan but the Gwadar stadium has been marked as one of the most picturesque because of its unique presence.